I haven’t seen her for a year!

Covid. Shut Down. Quarantine. No Visitors.

Last March, the world started down a new path. My mother is in a retirement home about 170 miles away. Prior to that, I know I don’t see her as much as she desired. But 2020 … none at all.

But yesterday, I learned they just relaxed their guidelines so I woke up early, headed east, and took the 3 hour trek of over the hills and through the woods. And off to mother’s house (or small 500 sq foot apartment) I went.

I had to ward off the wild beasts in the woods (fellow drivers who drove crazy, work zone labyrinths, and the one 3 lane closure on 95 due to an accident). And of course, I stopped at the country tavern along the way (Cracker Barrel) where I filled my empty stomach with Parisian sweet bread (French toast) and restored my empty phone charge. I had to stop and feed my trusty heed once going there and once returning (gas at the occasional Sheetz).

The visit was limited to 2 hours. There were restrictions. But I did go.

She didn’t recognize me. She thought I was her brother. Not sure which one but I took it. We talked. I shared pictures off my iPad. She hugged the iPad when I showed the picture of my father (her husband she lost 25 years ago). We had the same conversation multiple times … but that’s okay, it meant I didn’t have to come up with new topics.

We avoided politics, mostly. But when it came up (the news was on a bit) she told me several times she shook Biden’s hand a few times. Apparently he played golf with my mother’s boss when she worked in Wilmington.

When I left, we hugged. She cried. And I solemnly exited knowing it would be a few weeks till we did it again. It was a good day. 7 hours on the road. 2 hours with mother. 1 hour stopping to eat and read.

It was a good day.

How can we continue to help? What can we do to help seniors and those in retirement homes continue to cope? Here are a few ideas I’ve collected over the past few months …

What are you doing? What ideas have you seen done?

Technology is amazing. With our phones we carry maps, Bibles, internet access, news reports in an instant, thousands of songs and videos, thousands of picture to place on social media outlets, teaching and preaching series, watch TV and movies, keep a datebook, have phonebooks, entire library collections, calculators, and of course, candy crush (or whatever game keeps you busy – for me it is Risk), and lastly, a phone.

But my mother is technologically challenged. She no longer needs a cell phone and can’t figure out a tablet (always forgetting to charge it.) I know she is challenged with short term memory dystopia, and we adjust to that. There is no doubt that family is important – but we don’t make it easy for her. We have moved all over the globe. Until recently, one son was even in Dubai. So getting together is not normal for us. Reunions rarely take place, and visits have to be scheduled. Even me, though I live in the same state – it a seven hour round trip. So it is an all day event to visit even for a short time. 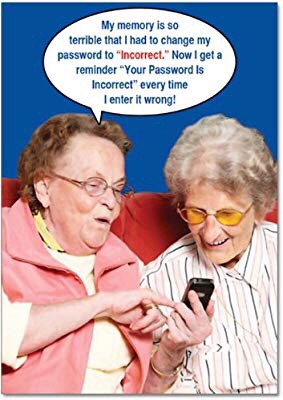 I can not express how grateful I am that my bro, her eldest son, moved closer and is helping in all this now that mother is twice widowed.

But I have discovered a new toy, a piece of technology that will enable all her family to stay connected a bit more … and more than just a phone call. It is a digital frame. Wait, you say. They’ve been around. Yes, but these are WiFi enabled and photos can be shared from a phone by email or simple app.

Click – send – and it shows up on the picture rotation on the frame in her room. It holds 8 gigs on the frame and 50 on the cloud. With a subscription, you can even do small vids (think TikTok for grandma). Entire photo albums can be organized and shared by an app on any phone or tablet, even android based. Some give the date and time. Others even have weather updates. All on an attractive frame that sits on a table near her chair. I can control the frame from wherever I am … turn it on, change settings, and manage all the pics. Pretty cool.

Before this, it took weeks for me to get our son’s wedding pictures to her. But now, it’s there in mere seconds. Already my niece, her granddaughter, has loaded her family’s Christmas pics on the frame … within minutes of the frame being set up – and from three states away. 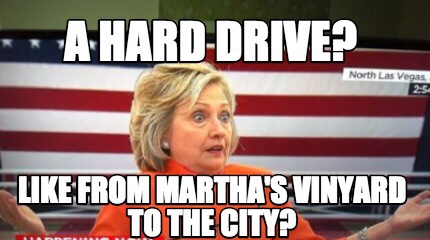 Now you may still live in the community with your family of seventeen generations, where everyone sees everyone everyday and everywhere. This technology may be unnecessary for you. But for us, I look forward to being connected just a little better. Especially with the technologically challenged.

And if that brings a smile to my mother, it’s worth it.

Have a blessed day.

Post Script. This is not an advertisement. But if you want to know, we went with the NixPlay Smart WiFi Cloud W10F HD frame. There are some with more bells and whistles, some that do less and do more. But this seems to work for us.

Two solitary souls met each other, and made each other’s life better.

It happened over 15 years ago. And not everyone was happy it happened. My mother, who was a widow for about a decade, finally retired, moved from Delaware, and took up residence in The Chesapeake (an excellent retirement village in Newport News). Her eyes soon met a widower by the name of Blandy Haynes. And his eyes met hers. It may have been the other way around, but I wasn’t there.

Now he was a bit different than my father, her husband for over 40 years. But that didn’t stop the attraction between the two. And many of the single ladies did not appreciate this newcomer coming into their world and taking the best available bachelor off the market. It would have made the TV franchise history … the septuagenerian singles. My mother said she got mean looks, ignored by others, and basically, a very chilly reception by the residences who has their own eyes on this fine man.

And then me. She visited Lisa and me in Louisiana. And she broke the rules. She called him. She made a phone call to Blandy. Sounds innocent, but my parents had a rule when we were growing up – there would be no phone calls from girls. We could call them, but they couldn’t call us. So now, in my home, I tried to enforce that rule. I told her to hang up the phone and wait for him to call her. She told me to mind my own business, went to her room, and slammed the door … and continued the conversation with Blandy in an unauthorized phone call. Ah, the tables had turned. 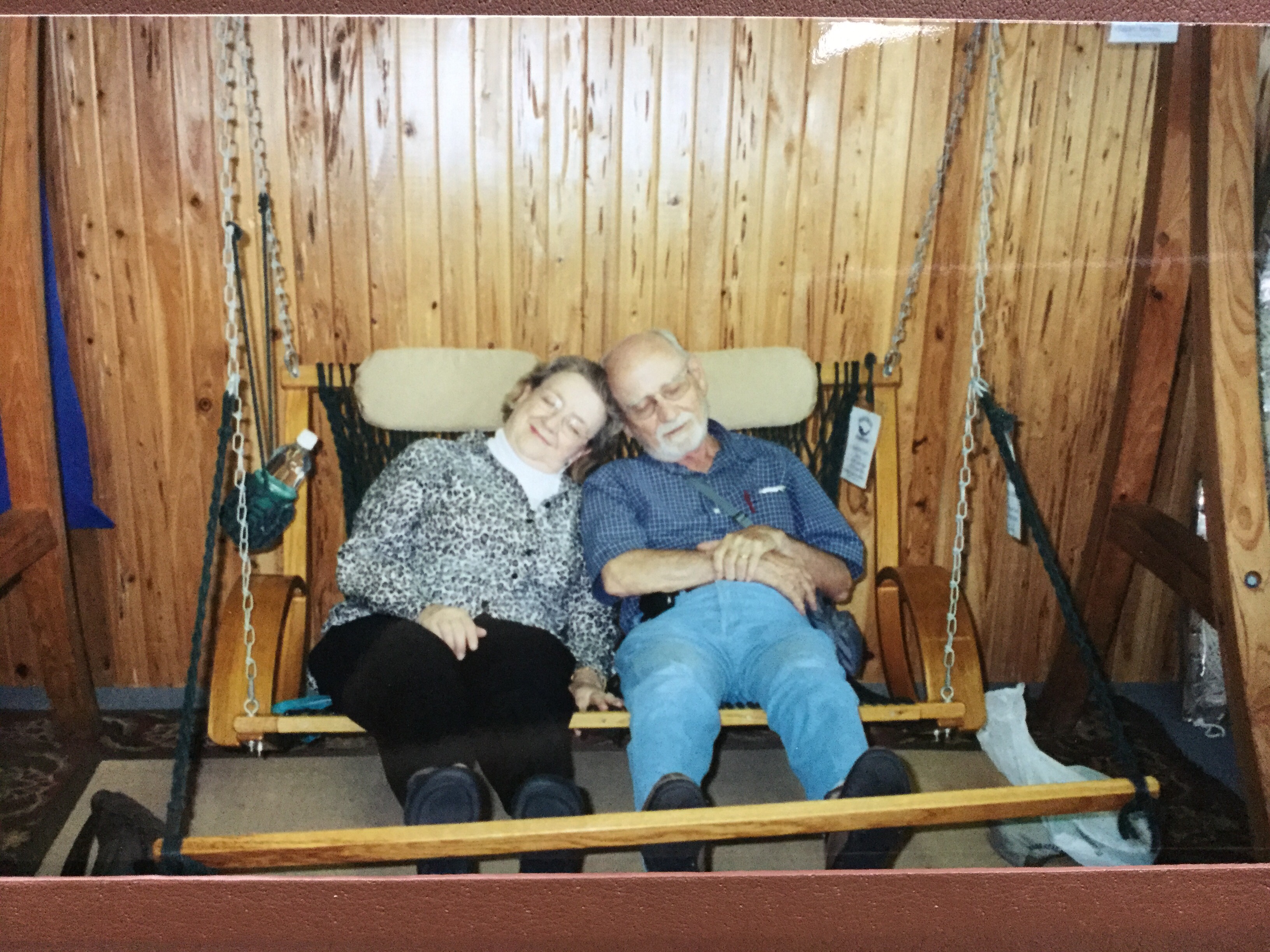 A few years later, my brother Jon and I officiated their wedding. Andy, our eldest brother, walked her down the aisle at Liberty Baptist in Hampton, VA. I still chuckle when I tell people I married my mother.

Blandy, retired army officer, stalwart servant of the Lord, faithful follower, dedicated dad, and active member-deacon-lay leader at Liberty Baptist for decades … came into our family’s life, and we into his. He and mother travelled, shared a life, filled a void left at the loss of spouses, and made life better for each other.

A few years ago, as in so many of our elders, their memory began to be hit. Their health would never be what it was decades prior. Though I am not sure the extent, the actual diagnosis, nor the full impact it had … I can say I never saw Blandy anything but polite, happy, and full of gratitude for life, friends, and family. He would eventually be moved to the memory ward – and my mother’s days would be spent down there with him. The two, still deep in love.

This week, the Lord took Blandy home. His struggling is over. His health is restored. And he is there with so many of the saints … including his first wife and my father. They are shouting praises in a great heavenly worship experience I am longing to experience myself (just not too soon).

We pray for Blandy’s kids. We lift up my mother, who herself is struggling with memory loss and is taking this loss hard. But we also rejoice knowing God has it all under control.

It seems too often we say goodbye after someone has already been called home. May we never miss the chance to tell our love ones they are loved, never pass up opportunities to build memories, and never take someone’s presence for granted.

So Lord, thank you for bringing Blandy and my mother together. Thank you for their love. And thank you for having him being part of my life. My mother is not the only person in this scenario that is better because they met Blandy – I am too. We will miss him, but only for a bit.

So yesterday I wrote on spending time with people. And I did … over turkey and fixin’s and desserts … go ahead and loosen the belt people. I’m not the only one.

And today, besides exercising to shed those calories I took in, I will be spending time with a very important person in my life … my mother. One of the benefits of returning to Virginia is being closer to her. Her health is fair, but her short term memory is not what it used to be. I am so grateful that my eldest bro, Andy, and his fam have moved closer as well. And I know my sis, Kristi, calls regularly.

But it is important to remember that time with our parents is not guaranteed. My father went home about a score of years ago. A close friend lost his father this week. Others I know have parents barely aware of their presence.

Holidays are hard. Loss is real. And Thanksgiving is tough when dealing with issues like these. I have been looking into the sacrifice of Thanksgiving. This was more of a peace offering than a separate offering. But their is a unique twist. Part of the sacrifice was unleavened bread and part is leavened bread. (Lev. 7). Leaven is normally associated with impurity. Thought the text doesn’t say why, and God doesn’t have to explain Himself … for when He says “My house, My rules”, we better get that through our head.

Back to point. He doesn’t tell us why, but it gets me to think we are to be thankful when things go right (unleavened) and when things go not so right (leavened). This is not just my thoughts. Paul said it too. Give thanks in everything. I’ve learned to be content in length and in leanness.

We focus on our attitude … be grateful. It will help keep our eyes on Him and not on our circumstances.

So this holiday season, if you can – spend some time with your family, call your mom and dad, hug your kids (yes, I said hug), and show some family love. But also know, if you can’t do that anymore, be grateful we have a God who never leaves, who always comforts, who constantly gives grace, and for those who call on Him, has brought us into a family that will last for eternity.

End note … Tomorrow, I will be wearing the shirt seen in the picture above. Just saying.