I get it, I am a Boomer (barely, on the younger end). I do connect better with Gen X, but act more like a Millennial or even a toddler. But there are a few things I do that people can roll their eyes at or even say, “Okay, Boomer.”

One of those is double spacing after a period. Yep. I plead guilty … most of the time.

I took typing in high school, barely passed, but passed. I learned on a typewriter. Not a word processor, not a computer, but a typewriter. (Go ahead, Google the image and see the antique I used). My wife, a professional with typing, also learned as such. So we learned to hit the space bar twice after a sentence ended and before you began the new one.

Yes there are reasons – monospacing replaced by proportional spacing, and other arguments in the debate. Chicago Manual of Style changed their viewpoint after their 13th edition. Who knows when Kate (Turabian) did. Ultimately, as one author said …

Nothing says over 40 like two spaces after a period.

But it was a habit they drilled into you. Over and over. I even had to reread this article just to make sure I single spaced everywhere. Grammar counts and I often fall short. I remember an English paper in 10th grade where my first verb was past tense, and the rest of the paper was in present. My teacher graded my paper and marked every verb after the first one wrong. Her rule … the verb tense you start with you carry through the entire paper. I had a -170 on that paper. That’s minus 170. No grace with that one.

Grammar rules change, and we must change as well — or be called out apparently. Culture evolves. Norms fluctuate with society. Ethics can adapt. And whatever is the norm now will change too. They say the only thing that doesn’t change is change itself. 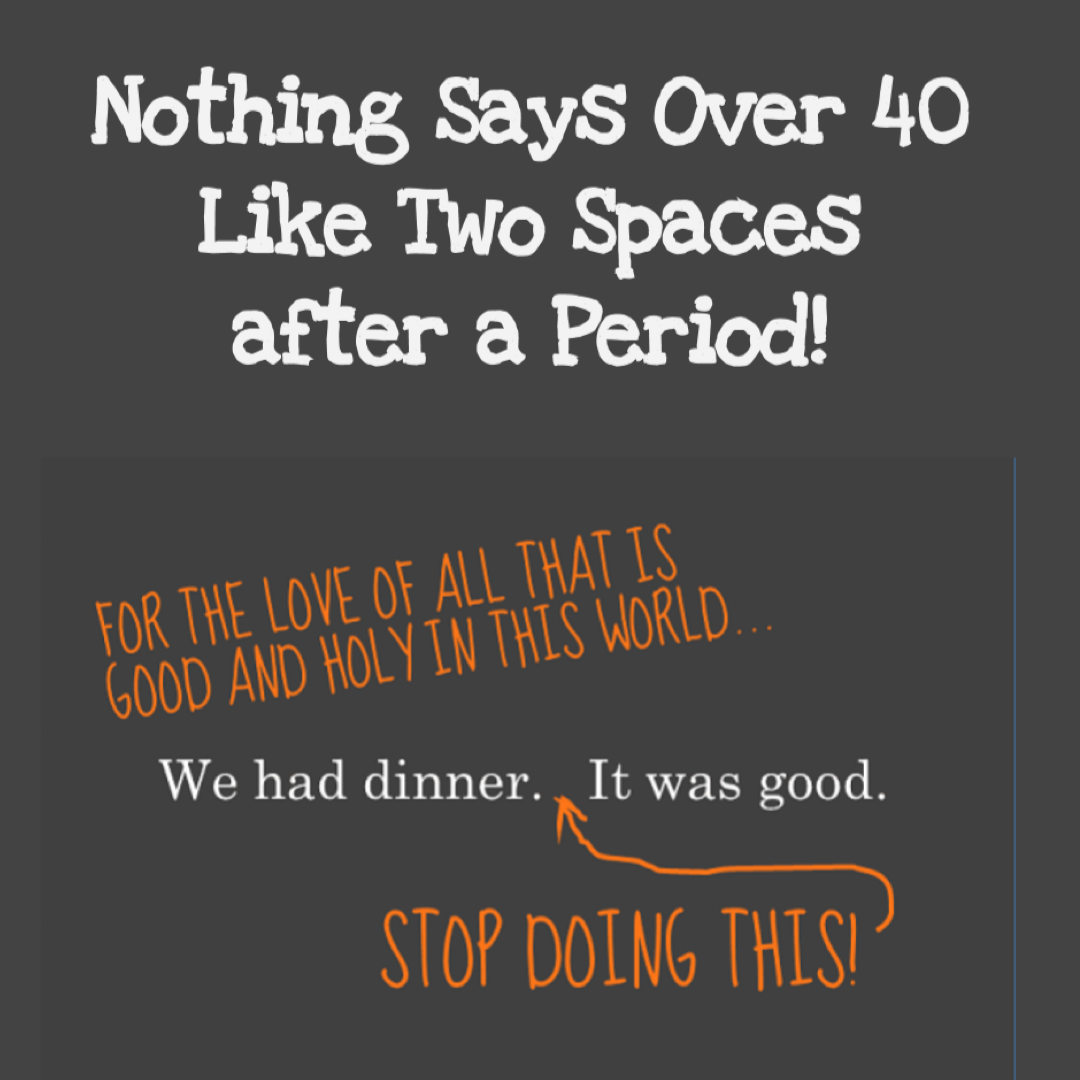 But there is something that doesn’t change. God’s Word. And we are to adapt to it not the other way around.

And my spacing with Him is important. I, who was once on the outside, have now been brought into His presence. Not by me adapting, but by His acts of mercy. And in His presence, we are being transformed into the image of Jesus. We are being molded, chiseled, formed into His likeness.

That process is an ongoing project, just like me learning to double space. And it doesn’t come easy. I mess up in being Christlike. Yet, I stay on the journey.

I want my space to be right. And I hope you do too.